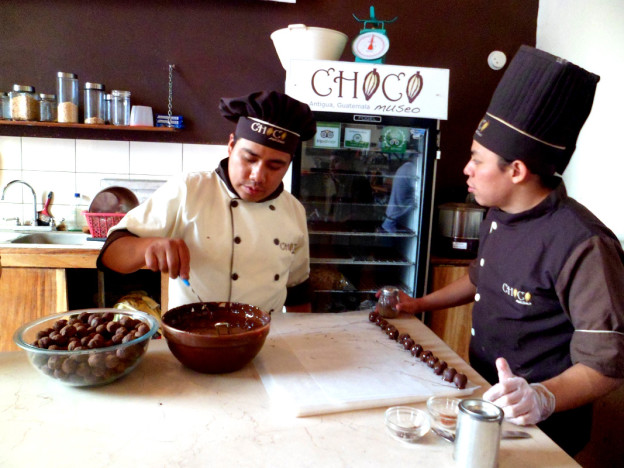 One of the many amazing experiences Antigua, Guatemala has to offer is to take a chocolate workshop at Choco Museo. What better place to learn about chocolate than from the descendents of the Mayan people? 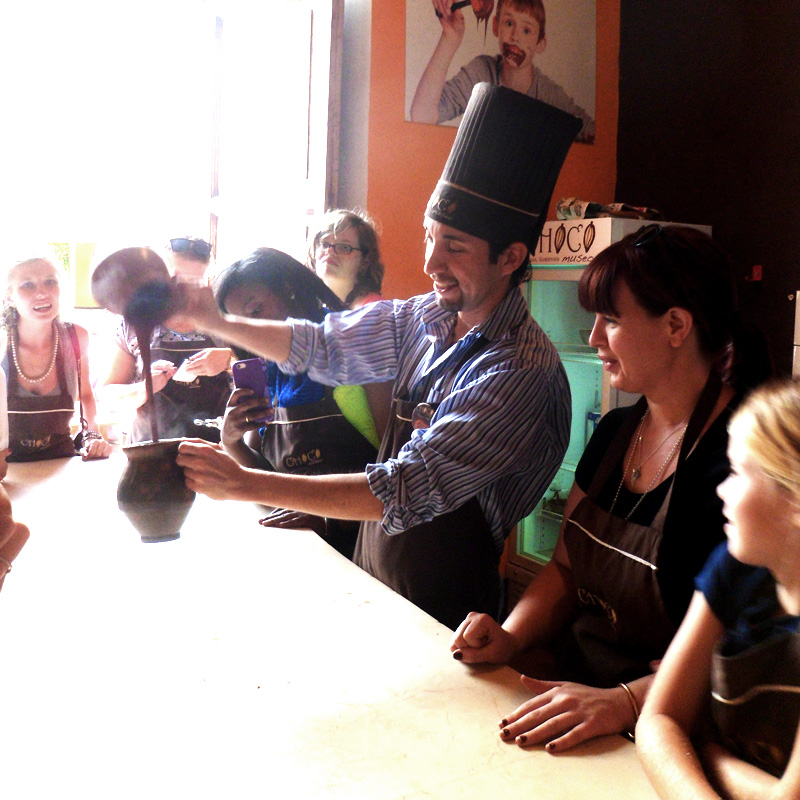 During this two-hour class, you will get a high-level education on the history of chocolate and learn how to make your own chocolate from scratch. You will roast, shell, grind, and pour your very own that you will get to take home with you. 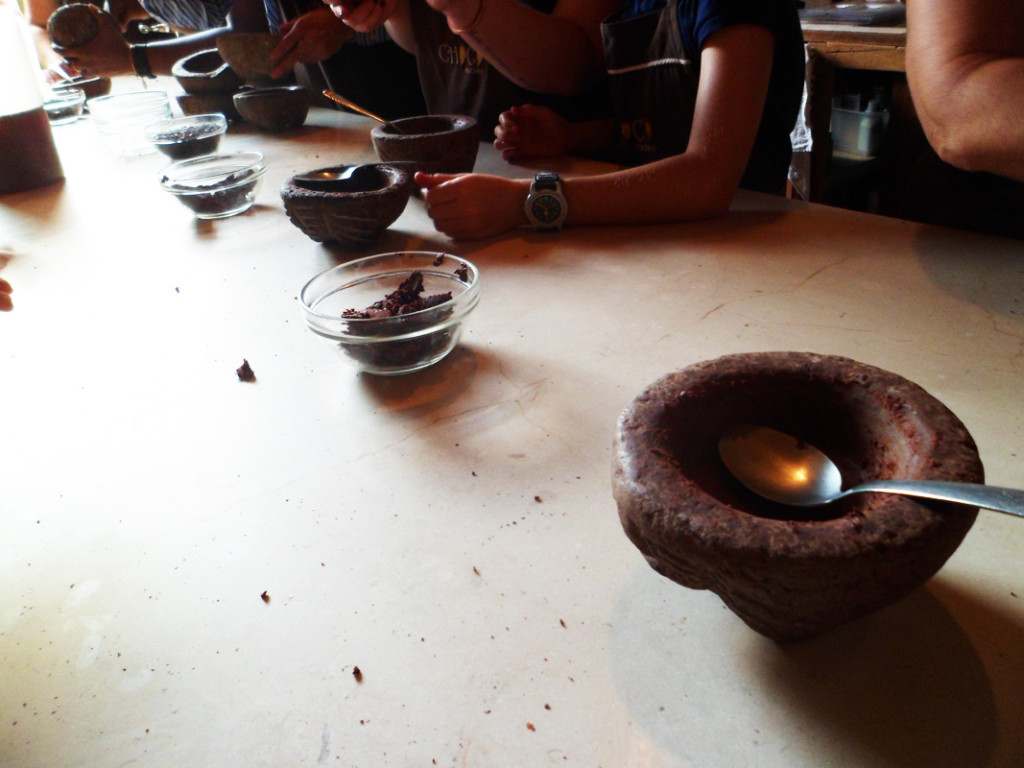 Our instructor’s name was Pablo. He was incredibly animated and very well educated on all things chocolate. His grandmother taught him how to make chocolate from a very young age, after all. Cacao beans originated in South America and eventually found their way to Central America where the Mayans turned it into a drink that was used during special ceremonies, weddings, and funerals. It wasn’t until the Spanish invaded the territory in the 1500’s that chocolate was turned into solid, edible form.

I was most surprised to learn that “white” chocolate was actually originally made from cacao butter. The American version of course isn’t, or at least doesn’t include much to speak of, as the butter yields a higher profit in the beauty industry. I also learned that I actually do not like real white chocolate at all, which was somewhat heartbreaking. 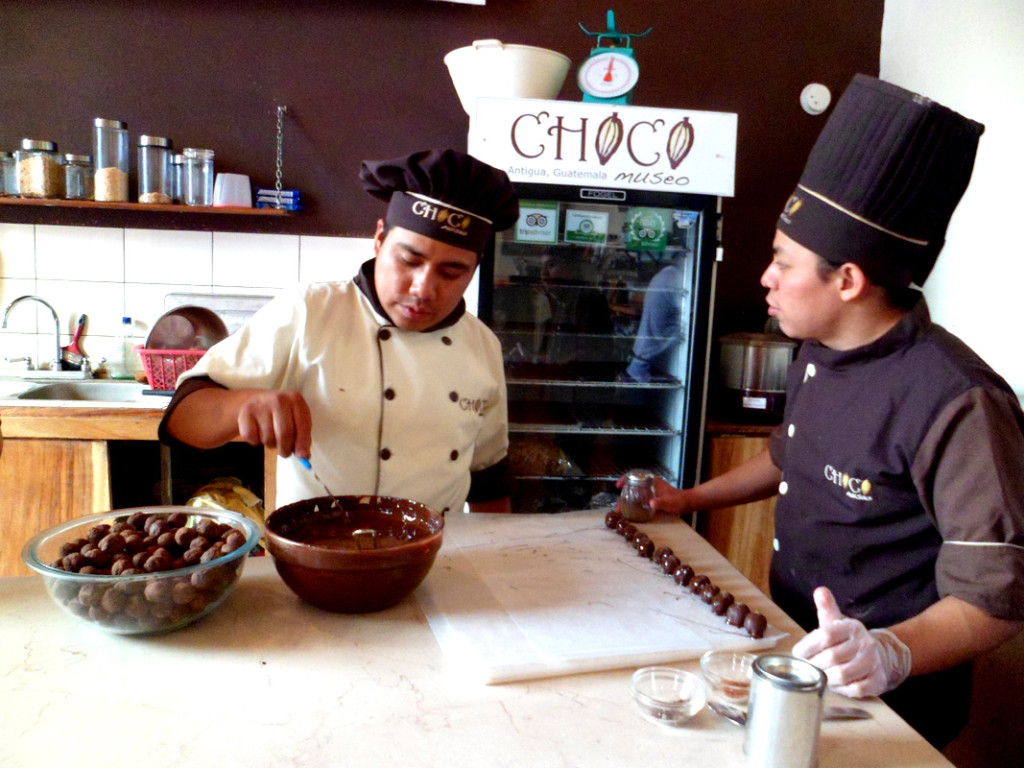 Guatemalan chocolate today is sold in round, flat discs with minimal sugar or other ingredients added. You can purchase these discs at most markets and in most stores, and of course in the gift shops in the airport.

If you find yourself in Antigua but don’t have the time to take a two-hour workshop, poor planning on your part. You’ll just have to go back again someday. While you’re there, though, Choco Museo has a museum that you can tour on your own in less than 30 minutes. There is also a gift shop where you can purchase