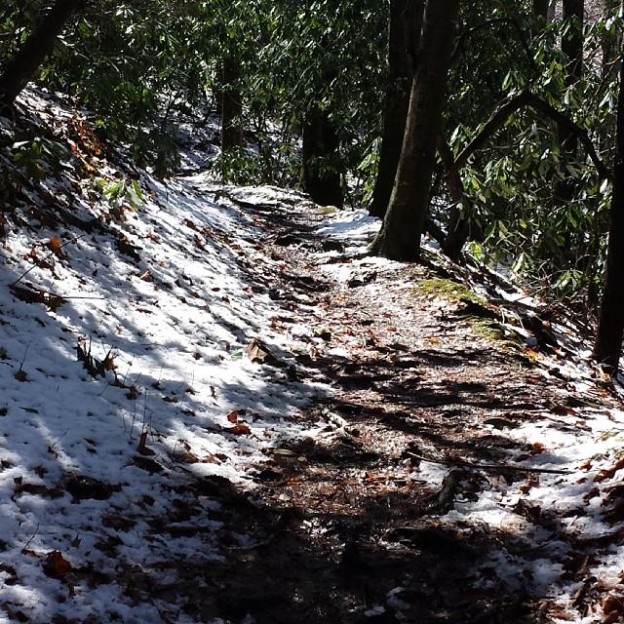 I did it! I hiked on the Appalachian Trail! Another 30 By 30 goal gets knocked off the list! 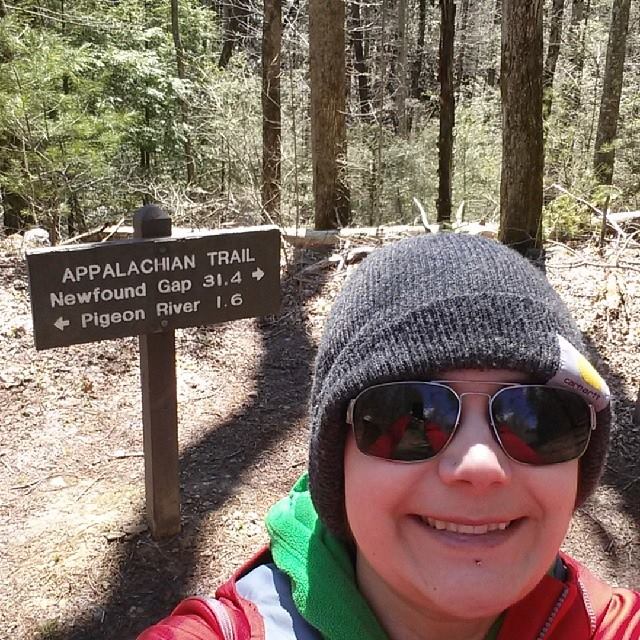 On Saturday it was rainy, and rained throughout Saturday night. In the higher elevations it snowed that night, causing most of the park to be closed. Instead of hiking the area we planned on (around Clingman’s Dome), we drove about an hour to the far east side of the park and hiked along the Tennessee/North Carolina state line.

In total, we hiked roughly 6 miles in about 3.5 hours. (My phone died about 5 min before we got back to the car, so I think my RunKeeper tracker missed the tail end of it.) It was uphill both ways (literally), through mud and snow and with falling icy snow all around us at some points. 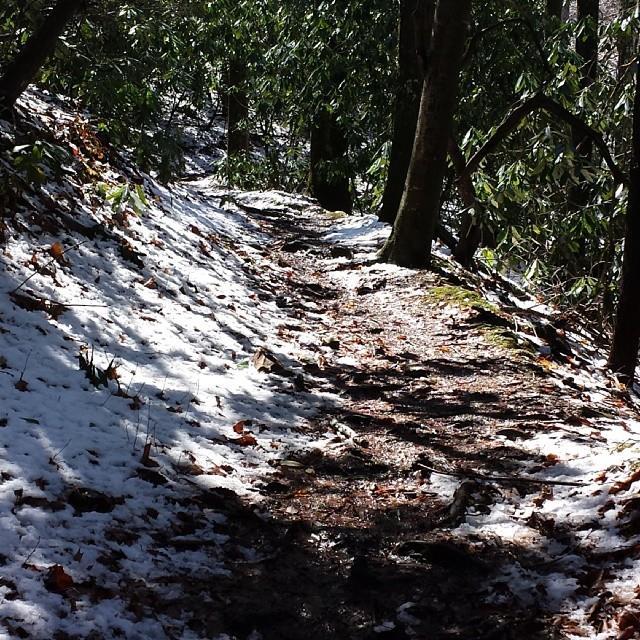 It was gorgeous and exhilarating! On the way down, we took the Chestnut Brook Trail, which took us along a creek with many waterfalls and lots of gorgeousness surrounding. 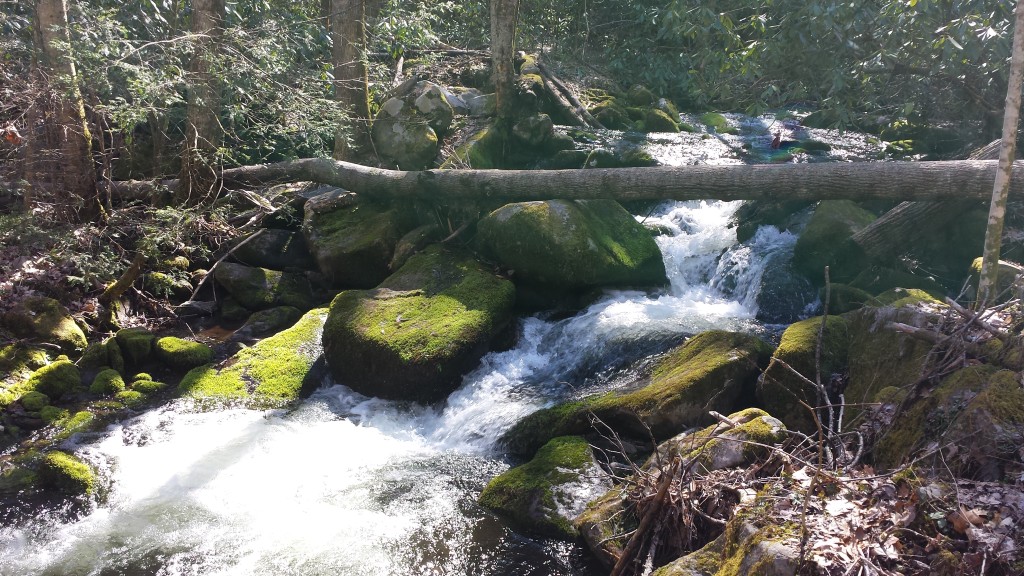