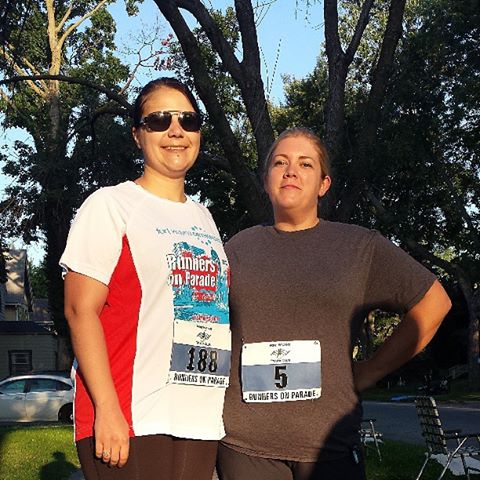 My friend Beth invited me to run a 5k with her. I wasn’t planning on running a “race” (I don’t race anyone except myself) until late August, but I knew it would be too much fun to pass up. And it was!

We ran in the Runners On Parade 5k in Fort Wayne, IN along with 800 other runners. It started at 8am, so it thankfully wasn’t too hot yet. The best part of the experience was that the Three Rivers Festival was going on, and the parade was slated to start about an hour after we finished. We got to run along the parade route, and there were already people lined up to watch the parade. We had quite the audience. 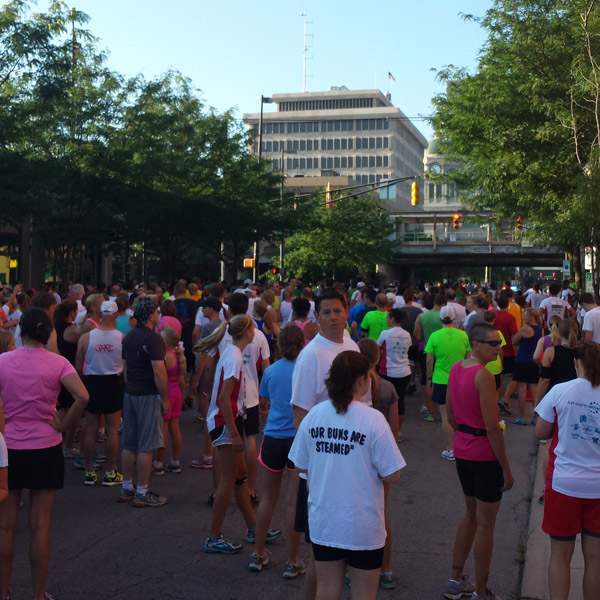 One thing that I learned from my first 5k is to plan your after-race-meal ahead of time. This is one thing that I did not plan for. When running at or near home, I don’t need to worry about this; I have everything that I need close to hand.

This race, however, was 2 hours from Indy. By the time I got showered and packed up to head home, I realized that I didn’t want fast food and I didn’t know of anywhere that was even semi-quick in the area to get a healthy (and protein-filled) meal. I ended up having a smoothie, which helped to rehydrate me. But it definitely didn’t pack the protein in like I needed it to.