And much sooner than I thought! I was really nervous about this goal on my 30 By 30 list to run a 5K. I put it on the list, but I didn’t fully believe that it would happen.

I hate running. I do. Thoroughly.

Thanks to my beloved sister, however, I started my C25K training yesterday. She sent me a text last week letting me know that there was a Color Run in both Fort Wayne as well as Indy this coming late summer/early fall. Looks like I’ll be joining her. 🙂 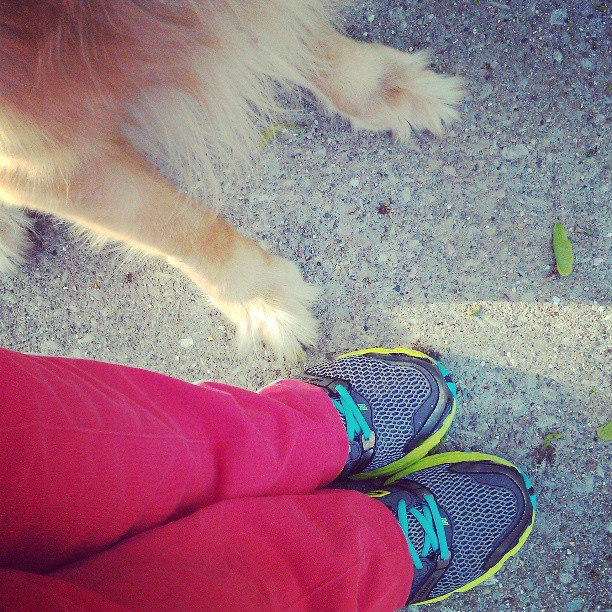 Dominic, our Golden Retriever, is my designated Running Buddy. I think he was more worn out than I was. I practically had to drag him along after about 1/2 way through. But, we made it.

With all of the Zumba, other cardio classes, and stair climbing at work that I’ve been doing, I think that really helped to get me in shape to get in shape. 🙂 With this pre-training, the first day of the first week was a breeze in the sense that I made it through with flying colors. I even mis-heard the 5K app announcement saying “be careful on your cooldown”—I kept running.

The app I’m using is C25K Free by Zen Labs. It gave me cues of when to run and when to walk. From one round of experience with it, it did exactly what I needed it to. And, I believe it will even allow me to listen to music on top of it. Since I had Dom with me, I didn’t try that function of it out. He’s a big pup, and I have a hard enough time staying aware of my surroundings when running so I can steer clear of other dogs or anything he would get excited about.