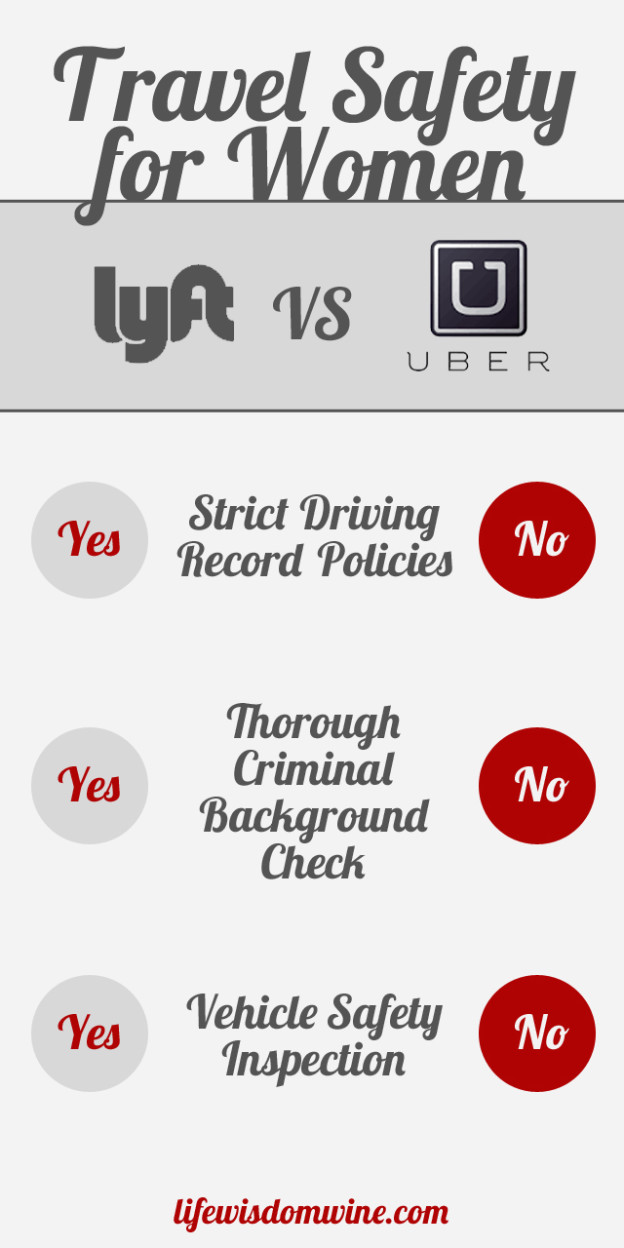 It was late in the evening when I landed at San Francisco International Airport. I was exhausted from my long flight from Indianapolis. Within less than an hour, my journey would be over and I would be curled up in my hotel room getting some much-needed R&R.

After picking up my bag, I pulled out my phone and used the Uber app to get a car to take me to my hotel. This is something I had done at least a dozen times before. My car arrived, we loaded my bags, and I was on my way to downtown San Francisco.

There wasn’t much traffic along the interstate at that hour on a Sunday evening. I was glad. It should have been a very quick and uneventful commute. While driving through South San Francisco, however, the dreaded red and blue lights of a police car came up fast behind us. We pulled off the interstate into fairly tender (read: less than safe) neighborhood.

My driver had been speeding, around 20 mph above the posted speed limit. Come to find out, the driver had a warrant out for his arrest—for multiple traffic violations. And he is employed by Uber, and makes a living as a professional transportation provider.

Uber has received a lot of bad press in the last few years due safety incidents, both the safety of those in the car as well as pedestrians and other motorists. When I contacted Uber about my incident, they gave me a coupon code to receive money off of my next ride. There wasn’t any concern for my safety or well-being, and they certainly haven’t changed their hiring process to include even the most basic driving record check.

A Safer Alternative for Female Travelers

Uber doesn’t look closely at the driving records of their employees, and they certainly do not perform a full criminal background check. As a female that travels alone more often than not, using Uber could potentially turn into a very dangerous situation that is very easily avoidable.

Lyft is a similar company that you request a ride from their phone app, they pick you up, and they take you to your destination. The app works similarly to Uber, but it includes a photo of the driver as well as their car. It also includes the option to put in your destination address, making it easier for the driver to figure out exactly where you’re going before you even get in the car. You pay through the app, but there is also the option to tip the driver. Uber doesn’t offer a tipping option, as it claims that the tip is included with your fare but is actually a very minimal tip.

A few of the Lyft drivers I have talked with work for both Uber and Lyft, as Uber is far more well-known and they get more frequent fares. They confirmed that Lyft is a better company to not only work for but ride with. They all recommended that I use Lyft as a woman traveling alone because of the lack of background checks with Uber. Lyft also inspects and approves the vehicles you’ll be riding it. (No. Uber doesn’t do that, either.) 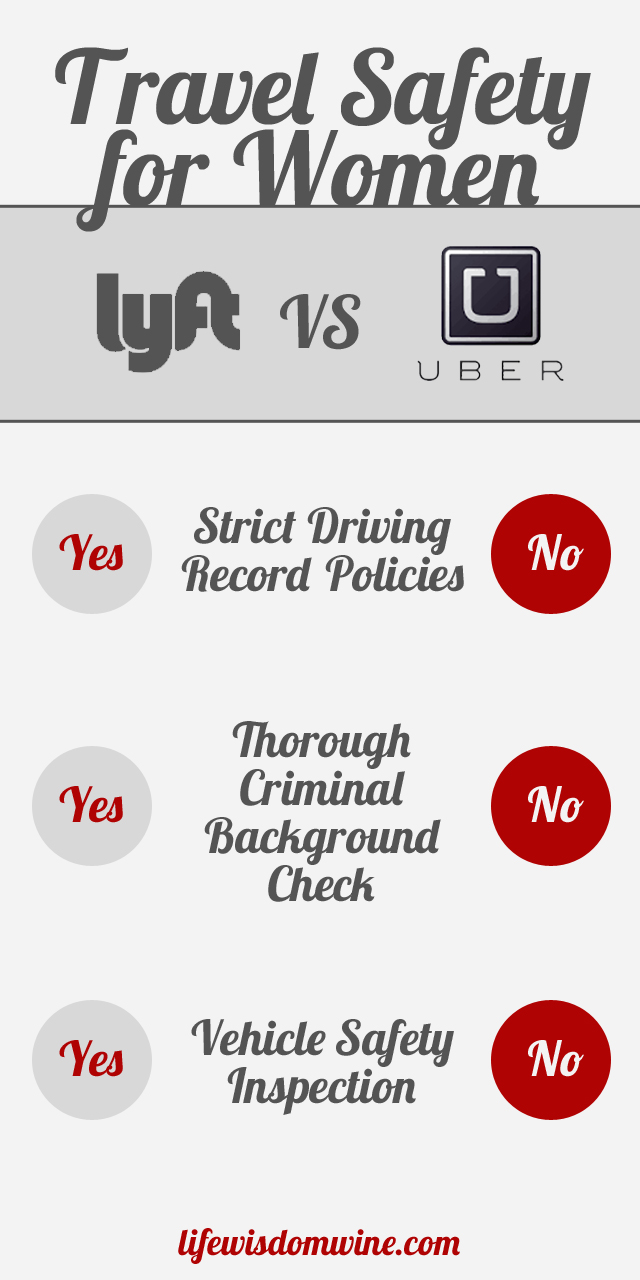