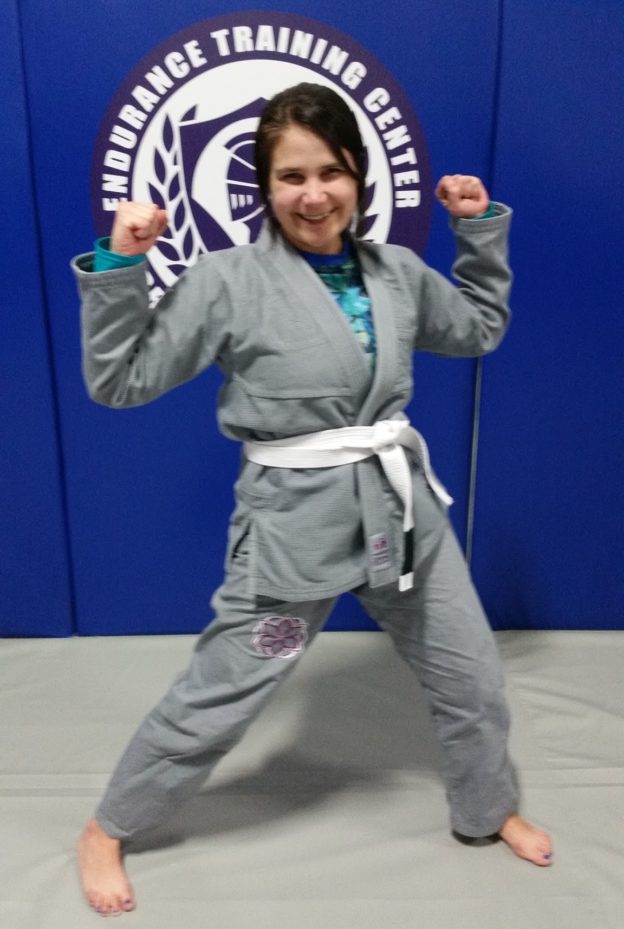 I can’t seem to quit diving head first towards all the things that scare the absolute sh*t out of me. For me, this is a benchmark of healing. After too many years, nearly two and a half spent fighting PTSD, I’m finally getting closer to once again being my true self. My freshman year of high school I joined the swim team—for the sole purpose of getting over my fear of water. (Note: still afraid of water. Still swim. Recently swam in the ocean. With humpback whales.)

I used to dance with my fears, I used to define myself by this character trait, and this part of me was stolen from me. Or, I guess when you’re terrified of every car door slamming, reflection and shadow, encounter with a hot man, any sound that even somewhat resembles a gun shot, and wake from night terrors more often than not, you don’t spend a single second without facing a fear.

But I’m finally learning how to dance again. Partially due to healing, but likely also partially because I’ve gotten stronger and more used to carrying this around. My stubbornness is also kicking in. I’m just done. Over it. I am alive(!!!!), and I’m sick of wasting precious time. Dear PTSD: screw you. If you’re coming along for the ride, you’re taking the trunk. I’m driving. And there’s not even a bottle back there for you to piss in.

So, I drove myself to the closest BJJ gym. Learning some form of martial arts and/or self-defense has been on my list for a while. It was on my list of 2016 goals. Less than a week after I get back in the country from Tonga and New Zealand? As good of time as any.

So, Ann. What’s it like trying to learn BJJ while having PTSD?

Like…woah. Because of my specific history (psychologically abusive marriage and, separately, assault), and the nature of BJJ, damn.

BJJ in one word: intimate.

First class I watched from the sidelines: cried for hours at home until I finally fell asleep. {I haven’t cried this much this often since I was a teenager.}

I’ve watched more classes than I’ve been on the mat for so far. I feel really effing ridiculous just sitting there watching, but it so far has helped me to begin to remap my brain. Before I can get on the mat during any class other than the Women’s Class, I have a hell of a lot of instincts to rewire. I spend the entire 1-1.5 hours being triggered, then thinking through the logic of what I’m actually seeing and reprocessing it.

Example: the second(?) class, I watched as one of the women was pinned and submitted under one of the guys while live drilling. This triggered me. (Surprise.) I considered getting up and walking out, at least until the knot in my chest released and I could breathe again. Instead, I closed my eyes, focused on my breath, and reminded myself that it was a safe place and that that was completely normal in that environment. I haven’t had that reaction to that specific scenario since. But, the place is full of nearly all of my triggers.

Having someone in my guard makes me feel pretty effin vulnerable and brought up quite a bit the first few times. Now, a month after I first walked in the gym, I still notice it but it doesn’t quite trigger me. I only notice that I’m laughing and joking and carrying on conversation while another woman and I are closer than I’ve been with anyone since I was assaulted. No physical reaction, the thought leaves as quickly as it came, and we carry on.

Being choked is another trigger (still trying to figure out exactly why). That happens somewhat frequently in BJJ. Last night I learned how to choke (BJJ proper), but was also on the receiving end of it. I took a moment after I tapped out the first time around, checked for any tightness in my chest or other signs of panic, and took a few deep breaths. Since it was the person that I feel safest with there (pretty much as 100% as I can possibly get), no panic attack. We kept going. I got choked a few more times. No flashbacks, and less anxiety than I would have expected. (#winning)

The environment at this gym, and the people, are exactly what I need. Logical trust level = 10. PTSD trust level is much better now with almost everyone than it was when I first walked in. “Safe” places and people are some of my biggest triggers. You would think that there would be no place safer than your own home, and no one safer than your own husband, but that isn’t true for everyone. It wasn’t true for me. So, my amygdala doesn’t trust “safe” most of the time. Sometimes, with some people, it has the complete opposite effect than it should. Sometimes it takes me a bit longer to shove the PTSD back in the trunk and take the wheel again.

I’m really not certain how long I’ll be able to stick with this. After every class I watch or am in, I think “I can’t effing do this.” And, not that I can’t learn the physical moves of BJJ or eventually learn them well enough to actually roll. That’s the least of my concerns. I don’t know if I’ll ever be able to stare my triggers down fiercely enough that they disappear for good. But, thinking that I can’t do it makes me want to do it even more. (Stubborn B.) Those men stole enough from me. Their aftermath has stolen enough of my life. I haven’t reached the quitting point yet, and I refuse to believe that I’m going to spend the rest of my life living with this kind of fear.

“You gain strength, courage and confidence by every experience in which you really stop to look fear in the face.” – Eleanor Roosevelt