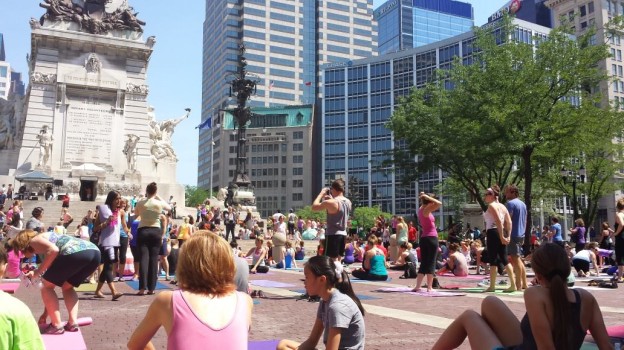 What a fabulous way to welcome the official start of summer! On Friday, June 21, cities around the world held public yoga sessions. NYC has held one for a few years in Times Square, and Indianapolis held their inaugural Monumental Yoga on Monument Circle at the heart of the city. 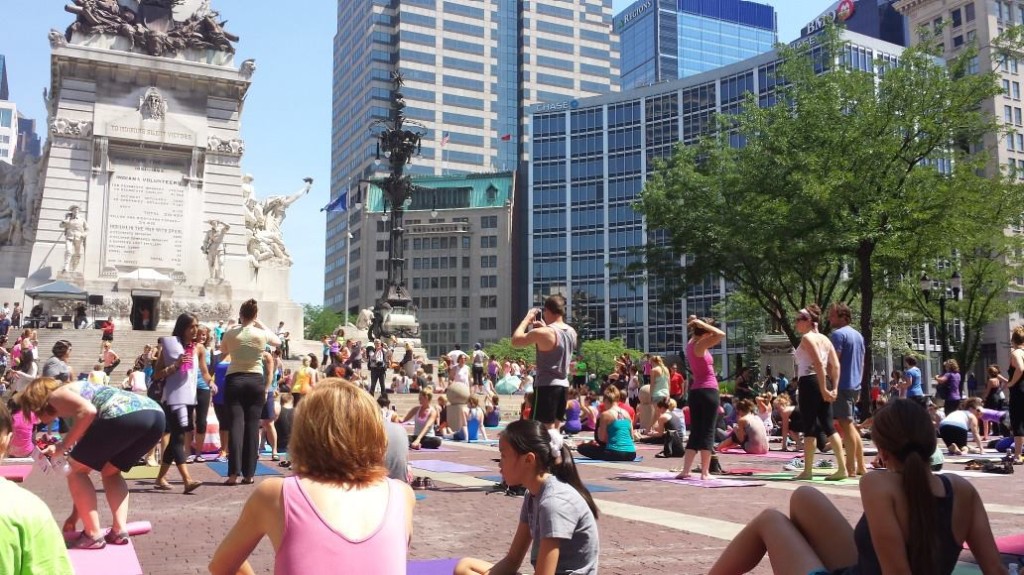 There is something energizing about taking a (free) outdoor yoga class with 1200 other people. The circle was full, as I expected it would be. I got there early enough to find a decent spot. There wasn’t too much shade by the time the event started, and it was certainly a Hot Yoga class. It was sweaty, but it was a fabulous time!

There were multiple instructors from various yoga studios around the city that led different sections of the class. It had the typical flow of any beginner class, and it lasted the typical hour. It gave me perspective on just how many fellow yogis there are in this city, which was so inspirational!

Though it has taken a few years for this event to come to life (who knew that a free yoga class outside could be so expensive and require so much funding!), it sounds as though this will be an annual event. I can’t wait for next year!